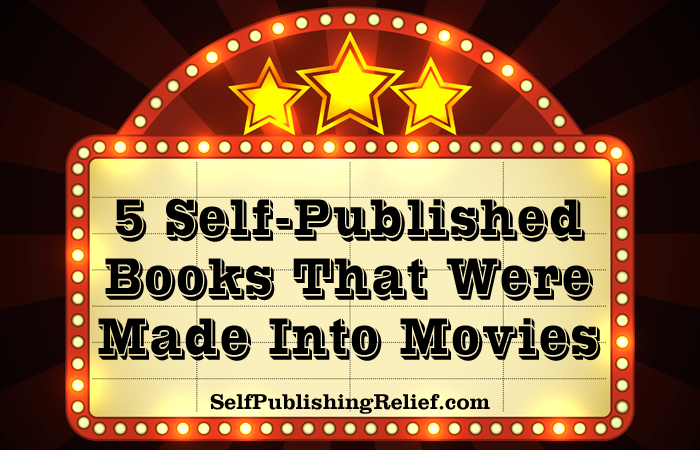 It’s a self-published author’s dream come true: Imagine having enough faith in your story that you take the leap and self-publish— and then your book not only flies off the shelves, it’s turned into a cinematic piece of art! We at Self-Publishing Relief know that nowadays, successful self-published books have the same chance at being made into a movie as traditionally published stories. Here are a few self-published books that have also appeared in theatrical release.

5 Self-Published Books That Made It To The Big Screen

1. The Martian by Andy Weir

Weir is a computer programmer who originally self-published this novel, selling a ninety-nine-cent version of the book on Kindle in 2012. When The Martian achieved great popularity online, it was picked up by Crown Publishing (2014). The story of the astronaut’s fight for survival while stranded on Mars became a 2015 film. It was nominated for seven Oscars, including best picture of the year.

The popular 2001 movie with Reese Witherspoon was inspired by Brown’s self-published book. This light comedy about a sorority fashionista who unexpectedly discovers herself while attending Harvard inspired a sequel movie—and even a Broadway show adaptation! After the film release, Plume Publishing picked up Brown’s book.

4. The Celestine Prophecy by James Redfield

Redfield originally sold copies of his book out of the trunk of his car. The novel, which tells the story of the search for a sacred manuscript in the Peruvian rain forest, later went on to hit number one on the New York Times Best Seller list. It was adapted into a movie in 2006.

Paolini started writing Eragon when he was fifteen; his parents encouraged him to self-publish his fantasy book about a young dragon rider. The family actively promoted the book at libraries, bookstores, and schools in 2002 and 2003, and then Knopf (a division of Random House) published it. The New York Times best-selling novel became a movie in 2006. Eragon has grown into a very successful series!

Self-publishing can be a great way for niche genre writers to get their stories out into the world—stories that are sometimes so fascinating, they even become movies!

QUESTION: Have you ever watched a movie that you really enjoyed and then were happy to discover it was based on a book?