How To Design A Book Cover To Boost Sales 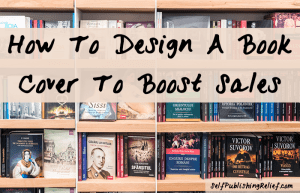 Book covers can sometimes be more memorable than books themselves—The Great Gatsby’s first edition cover featuring an original painting by Francis Cugat comes to mind. The power that book covers have over consumers cannot be ignored, which is why one must put the utmost care into creating or selecting a cover for his or her own book.

With a traditional publishing house, the publisher controls the cover design of a book—and the author is left hoping the publisher’s choice will capture the book’s spirit and entice potential buyers. But when you self-publish, the cover design decisions are in your hands. Let’s take a look at cover design elements that can make your book fly off the shelves.

Depict the major themes of the book. An effective way to create a great book cover is to depict the major themes of the book—not specific characters or scenes.To do this, examine the subtext of your book and focus on a singular motif that permeates the story. Not only will the visual be striking, but the thematic depiction will let your potential reader know the tone and style of your story. 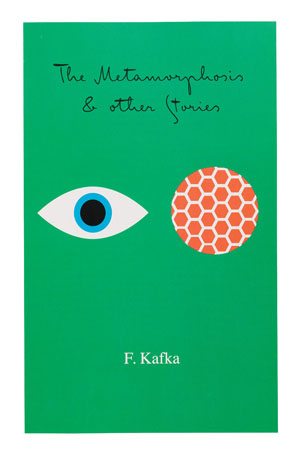 The Metamorphosis & Other Stories by Franz Kafka, cover art by Peter Mendelsund.

Illustrate a significant plot point in a unique way. The key is to depict a major plot point from the book in a way that will intrigue a potential reader enough into buying. Perhaps your book features a murder scene that’s integral to the plot. Instead of recreating every aspect of an elaborate scene, try going the minimalist route like this artist’s interpretation of Macbeth by William Shakespeare: 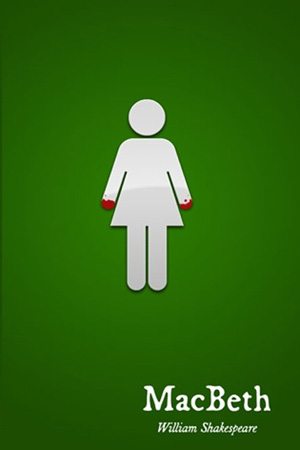 Create a striking visual that will draw a buyer’s attention. Many publishers commission designs that both fit the genre and mean to draw a shopper’s attention with provocative imagery. Take this example of November by David Mamet: 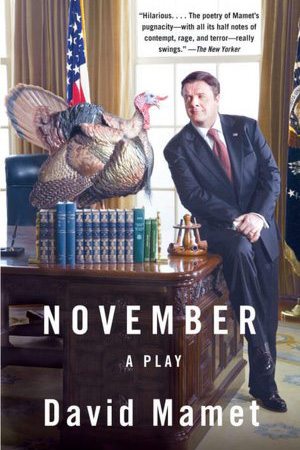 Aside from appropriately representing your book and garnering the attention of a potential reader, book covers can actually make or break sales according to a Huffington Post interview with Smashwords founder Mark Coker: “In addition to promising what a book will deliver, the [cover] image also promises (or fails to promise) that the author is a professional, and that the book will honor the reader’s time.”

Over the last several years, Smashwords has noticed a direct correlation between book covers and increased sales. R.L. Mathewson, a romance writer, went from selling five or six copies a day of her novel, Playing for Keeps, to over 1,000 a day simply by updating her cover image.

For readers, book covers are a huge part of the selection process. If a cover doesn’t speak to a potential reader on a visceral level, he or she will simply move on, and the sale will be lost.

Since so much of the final product is firmly controlled by traditional publishers, more and more authors are opting to self-publish—and the numbers are rising. If you want more creative control over your finished product to positively influence your book’s sales with a smartly-designed book cover of your own, self-publishing may be for you.

Here are some favorite book covers from around the office that had us reaching for the bookshelves:

QUESTION: What is your favorite book cover?

5 Reasons Self-Publishing Is Right For You →